There´s already a date for triggering article 50 of the Lisbon Treaty, that is, the 29th of March, this was formally announced to the European Council from Downing Street.

European sources have made it clear that the U.K. may be forced to wait until June for the beguining of the negotiations.

The decision to fix a date for the beguining of the brexit countdown which may last at least 2 years, has been a strike from the U.K. Prime Minister who wants to face the brexit process with great determination.

It was only a question of time until the European Council´s president Donald Tusk answered saying that it would take him 48 hours to work on an outline of his letter in order to give the U.K. Prime Minister an official response.

However, the final adressers of the letter, the 27 european union leaders, will have to wait from 4 to 6 weeks in order to reach the necessary agreement for the beguining of the negotiations.

Therefore, the U.K. will need to set up the terms of its exit from the european union. This will mean the end of any kind of payment done from the United Kingdom to the European Union.

Another key point is the negotiation concerning the european union citizens rights living in the U.K. and viceversa. In that sense, this sunday we have known due to a press leak, that in the Tory program thare are enough guarantees for the three million european citizans living in the U.K. in order to keep their social benefits.

Many of them attended the crowded rallies in favour of the European Union last saturday the 25th.These participants were called by a certain press as “remoaners”a mixed word made up of “remain”, in favour of staying inside the EU and “moaners” that is, protesters

Therefore, these people protested against the brexit decision.

So we are no entering in a decisive week for triggering article 50, days after the celebrations of the 60th anniversary of the Rome Treaty where the non-attendant United Kingdom was “the elephant inside the room” that Junker didn´t want to see. 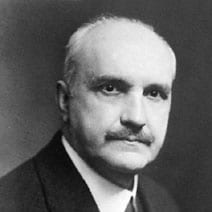