“I am relieved. My daughter has recently returned from her trip to Madrid. She was visiting Rajoy and paraded in front of the cameras. I did not want my child to be displayed as one of the innocent human shields in the ongoing bitter military struggle between the country of my birth and the country of my life. But, living in a Spanish internment camp for British citizens does not give me much freedom of expression.”

Yes, probably a great idea for my next near future dystopian vision novel, but the absurd events of the first five days of the two year Brexit negotiation period show us that perhaps anything is possible.

Politics used to be something I enjoyed, as the saying goes, “Politics is show business for ugly people”, but now as the hard talk starts, it is no longer an abstract melodrama. As a Brit who has settled, married and become a father in Spain, my entire life, the future of my family, now rests in the sweaty hands of the ego mania of the political class of Westminster, Madrid and Brussels. What could possibly go wrong?

Pretty much everyone is making a horrendous mess on this one. The statements that emanated from Britain over the weekend were an embarrassment. Drawing comparisons between the Falklands and Gibraltar was crass and the antitheses of diplomacy. The era of gunboat diplomacy has long since been consigned to history and frankly, so should Lord Michael Howard. To her credit, Teresa May, the British Prime Minister, laughed away the implication that Britain would go to war with Spain over Gibraltar but the appalling lack of tact and consideration does not fill anyone with confidence. The British political scene is riven with complete division and vocal society is divided into Remainers and Leavers who are too busy tearing lumps off each other to manage the troubling waters of the current political perfect storm. Remainers cry foul at any British attempt to present a position yet defend EU hostility as a justified presentation of their interests. Leavers feel betrayed by a Government woefully unprepared to deliver on the result of a referendum they never considered losing. The desires and concerns of those in favour of Brexit are rapidly being drowned out by this desperate, invective fuelled mud slinging. It is a source of deep shame to me as a Brit, but we do not hold a monopoly on that feeling.

Gibraltarians often proudly uphold their Britishness, in fact, frequently describe themselves as more British than the British, fiercely patriotic to their sovereign, cultural history and alliance. Some are now calling for Gibraltar to be made formally a part of the UK, with MPs to represent them in Westminster. Others feel more autonomy and devolution are the way forward. The honest truth of the matter is that if they truly feel British, they must probably start paying full taxation in line with the mother country. Even the most patriotic of UK citizens would start to wonder why Britain should risk so much over the rights of a small number of tax exiles in the sun. The people of Gibraltar are defiant in stating their Brtishness, it seems, this might now cost them in the pocket. They are stuck between the cliff and the deep blue sea, literally, and it is understandable why they voted to remain in such an overwhelming fashion, but circumstances have changed and they must be prepared to change with them. That change will not be to their sovereignty, even the most ardent Spanish nationalists must recognise that, but they must make the case to the British people that they are worth the risk.

The Spanish Government surely feel they have “played a blinder”. Quietly building support among EU member states to stand behind their relentless obsession with Gibraltar must leave the Spanish populace wondering what could be achieved if the political class applied such diligence to more significant issues of concern. The Rock, Gibraltar, has been used as a “dog whistle” political issue for Madrid for as long as anyone can remember. Drawing fire from criticism of their failure by stoking Spanish national pride. None of this manoeuvring changes the fact that the territory was gifted to Britain via international treaty. None of this political gamesmanship changes the fact that Spain has always demurred from taking the case to International Court arbitration as they have no valid case to claim. Another argument proffered by Spanish politicians is the damage a tax haven on their doorstep is doing to their economy. Someone should point out that a great amount of Spanish public money is believed to be syphoned off to Andorra. It should also be noted that this issue has sparked more interest and research amongst the British population who now are asking the uncomfortable comparative question as to whether the people of Cueta and Melilla would want shared sovereignty with Morocco.

Setting aside the bizarre threat Jean Claude Juncker made to work for the break up of the United States of America, which may have been intended to be another comparative exercise but came across as another arrogant muttering, Brussels are showing their true colours in this surreal roll of the dice. Spain was once the feared attack dog of the Catholic Pope, it seems now, the Spanish Government have been tempted to carry the flag to the sound of the gunfire and be the voice to slap a veto on any potential Brexit deal for their Brussels masters. As commentators rave at the predicted resurgence of nationalistic tension that would come about if the EU was not secure, it is being conveniently over looked that the EU itself launched this as a first gambit. Gibraltar is a raw nerve and Spain and Britain have a mutually entwined relationship with many citizens of both countries resident in the other. It benefits the countries to reach a bilateral solution, which Brussels cannot allow, not, as they claim, in defence of the interests of EU citizens, but in defence of their own control over the unsteady EU ship. Brussels must punish Brexit to keep the Union under control and aggravating old wounds between Britain and Spain serves that function well.

The Spanish, once again, should heed the warning. While today Brussels seems to be endorsing what seems to be the Spanish desire, it is using them as a battering ram against the British position. It would surely turn on Spain just as quickly if self interest over ruled the needs of Spain. No player comes out of this unwelcome spat smelling of roses, this first skirmish of the long Brexit negotiations guarantees only one thing, the losers will be the people of Spain, Britain and almost certainly, most of all, Gibraltar, while the political class play fast and loose with people’s lives. 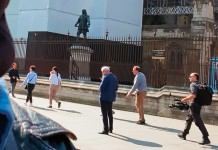 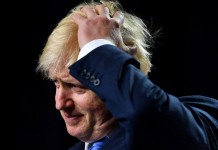 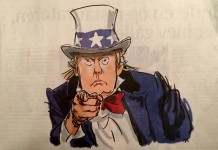 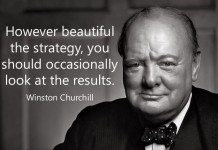 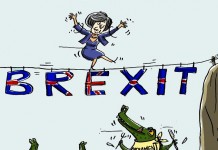 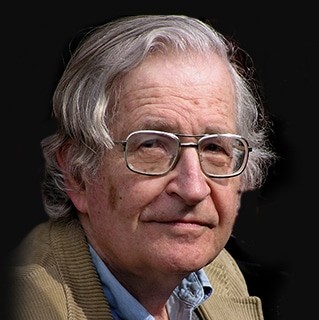 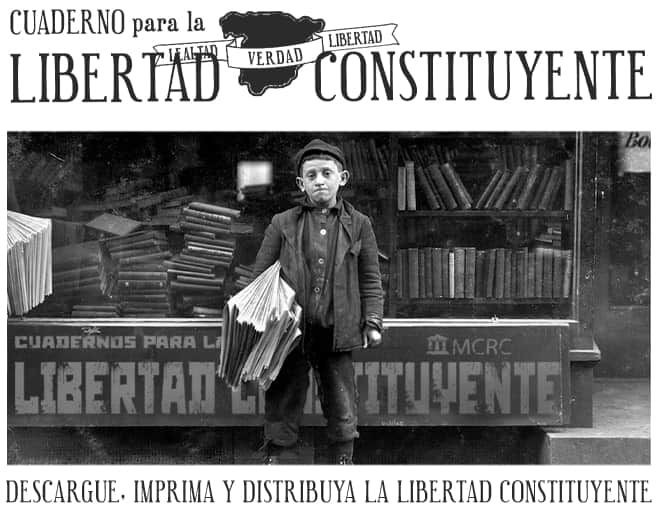