A ‘Johnny Foreigners Guide’ to the British Election

Looking in from abroad, my friends in far flung lands may be forgiven for wondering if we aren’t rather bored of voting over here in Britain. The vote on Scottish independence in 2014, a general election in 2015, the vote on membership of the European Union in 2016. Now our Prime Minister has declared another General Election for June the 8th. What on earth is going on in the UK you may wonder, why should I even care about yet another popular vote?

Well, here are your correspondents political tapas to chew on:

Britain’s political landscape needs a strong opposition, one that can be taken seriously by at least a decent chunk of the electorate. The Labour party, our other main party in a political system that rarely allows for a third player, is currently led by a man who yesterday could not answer yes when asked whether he would give the go ahead for the leader of ISIS to be executed. Mr Corbyn’s commitment to pacifism is commendable, however, given the context of all too frequent terrorist attacks on our continent a viewer might regard such hesitancy with more than a mildly raised eyebrow. Stockholm; Westminster; The Normandy Church attack; the series of attacks in July 2016 in Germany; Bastille day in Nice; Brussels; the Bataclan and the streets of Paris and perhaps the most symbolic of all Charlie Hebdo – even a very selective list is so long that one cant quite grasp the horror of each individual event – the banality of evil is amongst us. Many seem worried at the moment of a looming World War III between the traditional super powers, however I would argue that we are already in the great civilisational struggle of our time and our continent is, yet again, at it’s axis. I would suggest that Britain may need leadership options with a bit more stomach for the fight. This election will answer a lot of questions that hang over the Labour party leadership and I suspect that Mr Corbyn may not like the answers that he gets from the electorate. The Labour party has a worrying tradition of revelling in glorious failure and not always learning the lessons that the electorate gives it – something to do with the purity of the ideological doctrine it pursues I suspect, more on that another time perhaps. Any outcome other than defeat looks exceedingly unlikely for Labour but given the last few years in politics, we know that stranger things have happened.

Having made the decision to leave the European Union in 2016, Britain needs to have confidence in forging a different relationship with our continental neighbours – the divisive topic of ‘Brexit’ looks set to dominate a lot of the argument in the run up to June 8th. In calling this election Theresa May is seeking to strengthen the party she leads, the Conservatives, within our parliament and with it, the strength of her bargaining position in Brexit negotiations. Mrs May has been accused of opportunism and ruthlessness in the timing of the election, given that the Labour party is at a nadir in the opinion polls. To which a reasonable response is surely ‘what on earth is a politician if not an opportunist’? A big part of the job is to react as events unfold and if you’re seeking to win an election, calling one when the opposition is weak seems like a sensible strategy, or is the Ladylike way to behave to inform the opposition of your exact strategy and timings and perhaps wait for them to be at their strongest in the polls? The ability of people who like to complain to complain is seemingly endless.

Perhaps after June the 8th Britain will have burnt through some of the anger fuelling the differing but equally passionate viewpoints on Brexit. We may have a very different looking Labour party and an emboldened Conservative government readily to take on the Brexit process. However, I suspect that the Brexit divisions may widen and Mr Corbyn may be even more deeply entrenched in his position as Labour leader. My country is seemingly not immune to the global trend in the increasing polarisation or our public discourse. 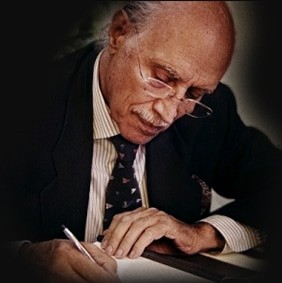