Radicalization is the root of all evil, particularly of the jihadist kind. Or so the mainstream narrative goes, particularly after the publication of a 2007 New York Police Department report called Radicalization in the West. This idea, which has come to be pervasive in today’s society, is wrong at both the conceptual and the empirical level. Not only that: it is also profoundly misleading, and regressively so.

At the conceptual level, every serious inquiry should begin by inspecting the original meaning of the term. The etymology of “radical” (from the Latin radix/radic-, i.e. “root”) makes it clear that the term merely refers to the idea of “pertaining or going back to the root”. Therefore, there is a glaring ideological non-sequitur between the above definition and the fairly negative connotation the term “radicalization” has come to acquire in public discourse. Additionally, there is also an unwarranted step involved in the widespread conflation of <<radicalization>>> with so-called <<extremism>>. Last but not least, a familiar ruse has been to reduce <<radicalization>> to <<terrorism>>.

Seeing through this threefold ideological deceit should not be particularly hard. First, demonizing those that are interested in examining the root cause of a given issue by labelling them <<radicals>> bears witness to the anti-intellectualism of the powers that be. It further speaks to their inconfessable phobia to any structural shift occurring within the very status quo from which they benefit. The truth, however, is that every genuine exercise of free thinking entails the ability to re-assess the premises on which the Establishment is based. This represents a healthy token of democratic practice without which any given society is doomed to degenerate into dogmatism. Radicalization is thus not only to be allowed as possible, but also to be likewise enthusiastically embraced as necessary for the sake of democracy. Second, equating <<radicalization>> with extremism is premised on the false assumption that there is such a thing as a post-ideological center, and that it is from this righteous vantage point that the extremes are to be first identified as such and then disparaged. In practice, the opposite is true: the so-called <<center>> position is no less ideological than any other within the political spectrum that it sets itself to arbiter. The charge of <<extremism>> is just code for the self-crowned centrists’ preferred strategy to prevail over other ideological positions. As Slavoj Žižek has claimed, “ideology is by definition self-referential – that is, it establishes itself by assuming a distance towards (what it denounces as) “mere ideology” (1997: 167). Third, to the extent to which terrorism constitutes, by definition, a threat to the State, labelling an attack on State power as <<terrorism>> only to then conflate it with a negatively-charged interpretation of <<radicalization>> serves to disavow State guilt while de facto criminalizing any critical inquiry into it. This maneuver is regressive because as Jamie Bartlett1 has observed, it runs counter the liberal principle enshrined in the first amendment (freedom of speech): “to be a radical means to reject [“to question” would be a more fortunate verb] the status quo, which in some cases propels society forward (…) equating radicalism with terrorism can produce a dampening effect in free expression- either by government or by self-censorship”2.

In addition to this, the public attack on <<radicalization>> is also empirically wrong. Thus, as noted by John Horgan3, on the one hand most people holding radical beliefs do not necessarily engage in violence. Take for instance civil disobedience in the US or abstention as envisaged by Garcia Trevijano in the case of Spain (or if you so prefer, revisit Melville’s Bartleby, the Scrivener: A Story of Wall Street). On the other hand, those engaging in so-called <<terrorism>> do not always hold radical beliefs, particularly not religious ones. Hannah Arendt’s criticism on the <<radical evil>> paradigm is no less true in the case of present-day jihadist terrorism: “I have found- Bartlett stresses- that many young home-grown al-Qaeda terrorists are not attracted by religion or ideology alone (often their knowledge of Islamist theology is wafer-thin and superficial)” (idem).

In sum, the real problem is not so much radicalization as terrorism. However, given the fact that terrorism is a category sanctioned by the State, instead of blaming terrorist activity on radicalization, it would be more lucid to take a step back and to scrutinize the way the State operates. Of particular interest should be the study of the role played by the State’s misdeeds (especially as it relates to its colonial guilt) in shaping the kind of terrorism it now cynically disavows as an external and irrational threat to its otherwise innocent democratic functioning. I wonder whether if pursued to its last consequences, this radical quest would put an end to the taboo that the root causes of jihadism are so entrenched within the everyday functioning of the US and the Spanish States that one cannot get rid of jihad without thereby changing the fundamental modus operandi of these political entities. Therein might lie the reason why radicalization being so important to our political freedom, it nevertheless continues to be criminalized by the media, academic and civil service manufacturers of consent. 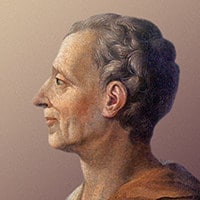